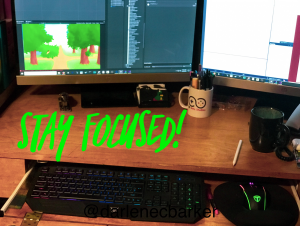 How do I stay on point as a small game studio? Check out this post. 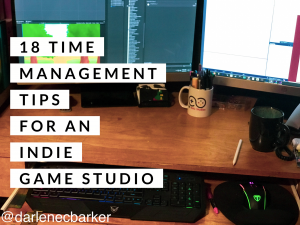 Saying that we make video games is not enough; showing some of the things we do I believe is more effective. So check out one of my posts about how we stay on track. Check it out and share. Thanks.

Stinky Snake is currently available on Steam, check it out at:
https://store.steampowered.com/app/773360/Stinky_Snake/

Checkout the story behind our first release: http://stinkysnake.com/2017/12/13/what-is-the-game-about/ 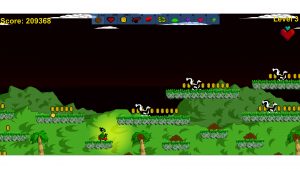 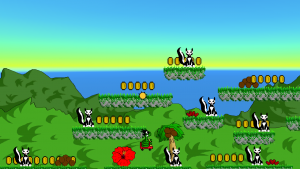 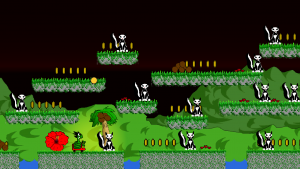 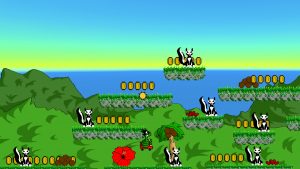 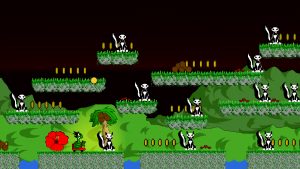 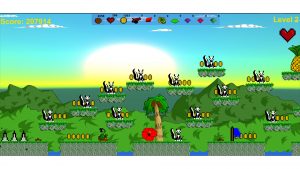 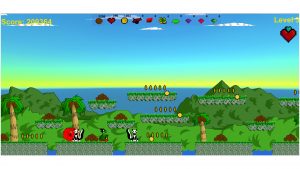 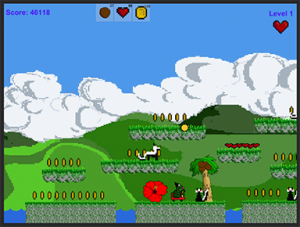 Six months ago, when Stinky Snake made its transition from a comic strip to a video game prototype was a milestone—an internal milestone that now six months later I feel confident in sharing. This was the first time the characters—Snake and Skunk met off the paper for the first time. Granted they were simple 8bit characters, they were beautiful like newly fallen snow.

Fast forward six months later, the world they lived in on paper had come to life in a 2D-platformer world. Along the way Snake evolved into a more detailed pixelated character. Skunk remained the boxy-look until yesterday, our artist recreated him in a most elegant fashion. The new Skunk has more personality and spunk to match his comic strip origins.

These past six months has been filled with learning, experimenting and experiencing these characters come to life—from the design document that created the backbone for a massive binder containing the game bible—to the sound recording sessions that burst into laughter. We are a small team—sometimes of one and this massive binder has been an essential tool to keep on track to completion. The game went through many looks until we landed on the one we currently have—this came from getting halfway through the game creation and feeling that it did not have the right feel. With an overhaul with consistent backgrounds and platform design, the whole game was redesigned with the original idea in mind.

While this game is not a combat game it still can be intense depending on the difficulty level chosen. This came about when I upped the intensity and had our youngest tester who is seven years old give it a try. I immediately realized that the concept of losing everything when you die in the game was too much for a younger player and created a difficulty system where a player’s coin count would be unaffected by death. The purpose of this game is enjoyment and not learning harsh realities that come with life, and the difficulty choice was added that an interesting feel to the game. Initially only three levels of difficulty will be included in the first release and potentially two more with subsequent releases. These three levels are easy, normal, and hard. With easy difficulty, coins are not lost upon death, damage from saws is reduced and some game objects don’t appear. With normal difficulty, half of the coins are lost and with hard difficulty, all coins are lost. These three levels include easy for the younger player or gameplay without loss of coin and amount loss gotten from the impact of saws or appearance of some game objects, normal and hard where you die you lose the gold coins.

This experience has allowed the artist and the computer scientist within me to come out and play together and it has been beautiful.